A Tale of 2 Columns: the Modest & the Proud

An examination of the letter pages in Charlton and Mighty Comics displays rather remarkable displays of outrageous boastfulness and persistent self-deprication.  Consider Mighty's approach: 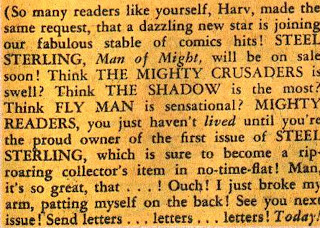 Now, let's investigate the opposite approach from their competitor Charlton: 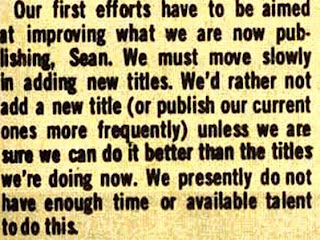 Actually of the two, Charlton was more successful in the silver age with more published books, particularly in the mid-60's. The self-promotion of Mighty was indicative of their Marvelous competitor, whereas Charlton seemed to express their envy of the same publisher while denagrading hemselves. Neither approach seemed to take as by 1968 they were both already distant memories to the comic devouring youth of the day.

Posted by Doppelgänger at 5:57 PM