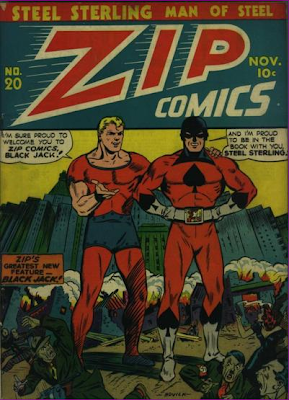 Since pictures are, after all, worth a thousand words, we introduce our two champions of cheese-ball crime fighting, one whom debuted alongside Steel Sterling in Zip Comics #20 in 1941 (lasting  until issue #35). He returned in Mighty Crusaders #4 and then waited until 2001 before joining that team in Archie's Weird Mysteries #3 as they battled a legion of villains in a parallel universe. 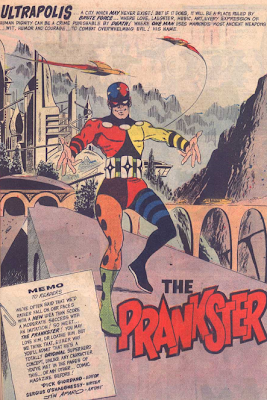 The Prankster was introduced in Peter Cannon...Thunderbolt's #60 in 1967.  Prankster's second scheduled appearance was never to be as he and his Ultrapolis faded away. One was a product of a classic past era, the other of a potential future era. Both fought the establishment that they lived within and did so with a reckless abandon. Note their differing styles, with Blackjack's panels on the left and Prankster's on the right. 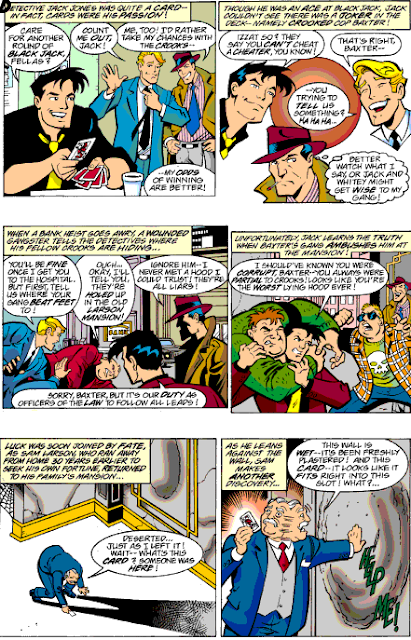 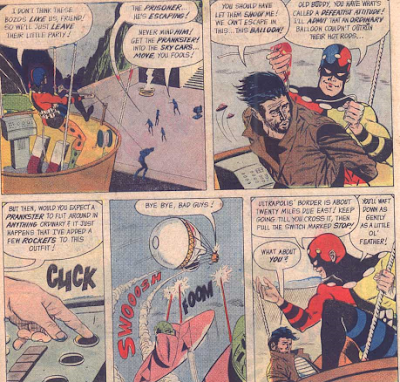 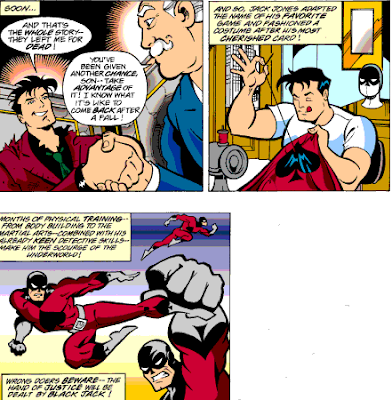 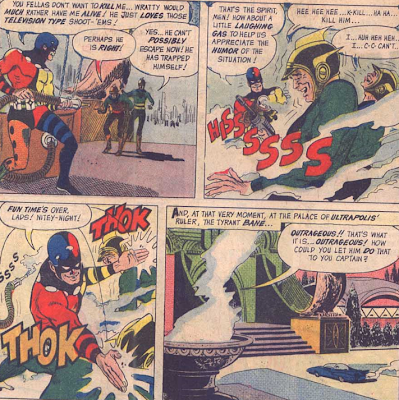 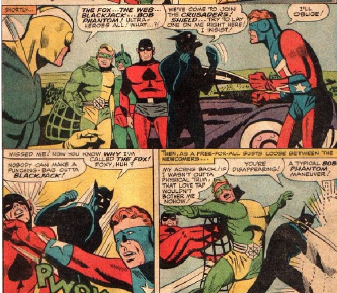 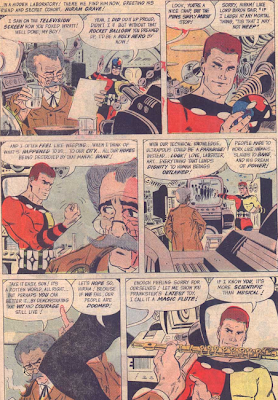 Blackjack the scourge of the underworld, aka police detective Jack Jones. Prankster the social anarchist against the police, alias unknown. The men that threw caution to the wind, donned gaudy red and black spandex, and exercised their right to practicing vigilante justice like a game of chance and humor. In the end, they each were forgotten by the general comic book reading public in general, but here we remember them as mirthful myths of bthe golden and silver age of comics!
Posted by Doppelgänger at 12:00 AM