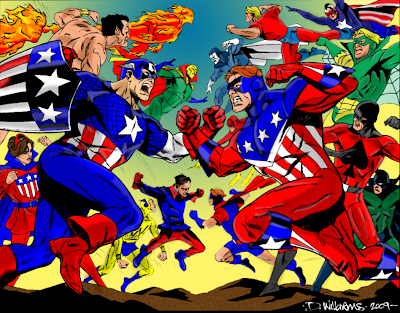 This would be an epic matchup. Consider the following duels between the Crusaders and Invaders:

Posted by Doppelgänger at 12:00 AM

The Hangman would have the Patriot dangling from
the tallest nearby tree in no time.

Also The Web would outwit Detroyer plus should win merely for having the better costume.


When did Union Jack get super powers?